This is the only Pinus Nigra at the Franchi Bonsai Centre. 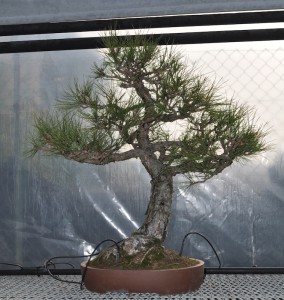 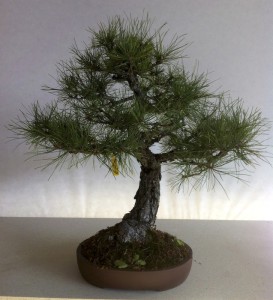 The pine is very vigorous and in good health.

From an aesthetic point of view it has a balanced but very symmetrical foliage. In particular, unfortunately indeed two very large low branches grow to the same height. The work began by solving these problems. The removal of the two low branches on the right side made the foliage more asymmetrical and gave the tree a greater movement on the left.

This is followed by cleaning the needles and a rough pruning. The lowering of the branches and their opening concluded the first work on this pine.

The front is moved to the right in relation to the original front. 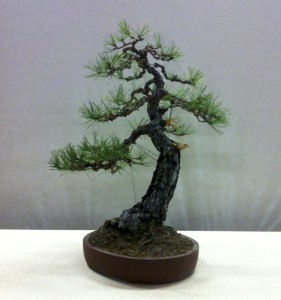 A few years after the last work, the folds have stabilised and the vegetation has thickened. 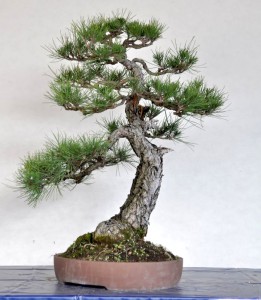 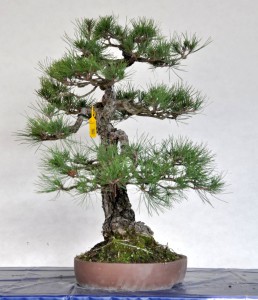 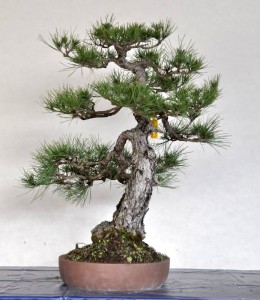 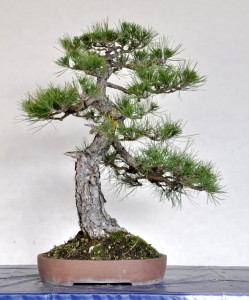 With correct cultivation it is possible to obtain very small needles combined with good plant vigour. After cleaning the needles their size becomes evident: very small considering that this is a black pine. 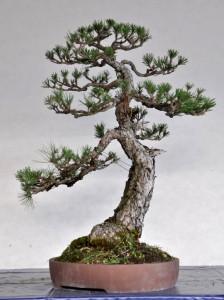 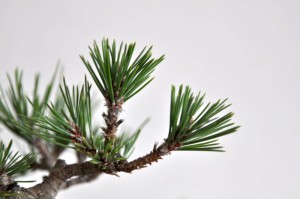 The copper wire is reapplied and the branches are once again opened to the light.

Here is the final result: 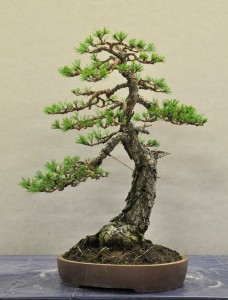 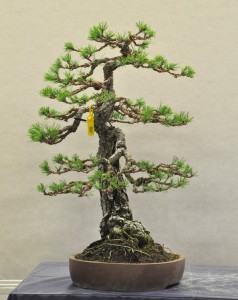 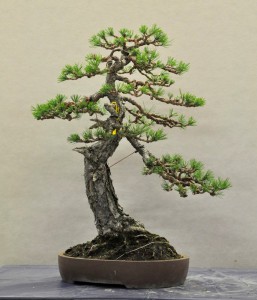 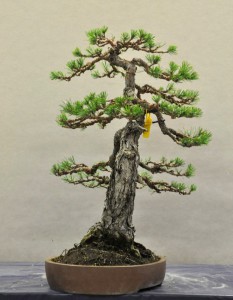 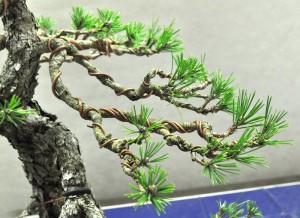 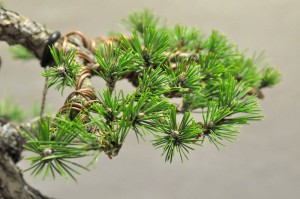 The size of the needles depends solely on correct cultivation: exposure, fertilisation, watering and soil composition are the elements on which results such as this are based: A black pine with small, strong and compact needles. 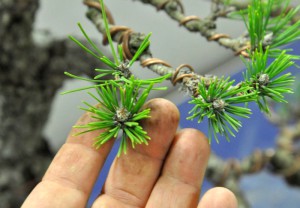 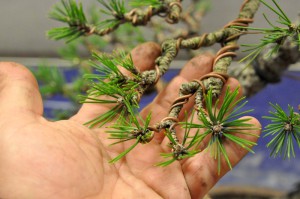