This elm entered into my collection in 1996, through a bonsai charity sale.

In the beginnings I just cultivated and pruned it, maintaining its original shape and its many flaws. The nebari was undoubtedly the biggest headache and was composed of disproportionate and poorly arranged roots.

Eight years after purchase the foliage had become thick and compact, but the nebari was always the same. So, in May 2004 I decided to proceed with an air layering, being the only way to resolve the flaw at the base.

I cut the bark up to the cambium and buried everything in a pot with pumice and soil. Soon I can see a new root system growing.

The air-layering had been successful, so I quickly place the tree in a proper bonsai pot.

From then on, the cultivation aimed at thickening the foliage and reducing size of the leaves.

Moreover, during the recurring re-pottings I further corrected the nebari. 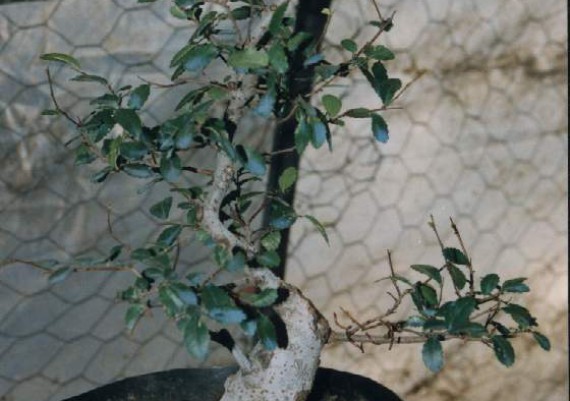 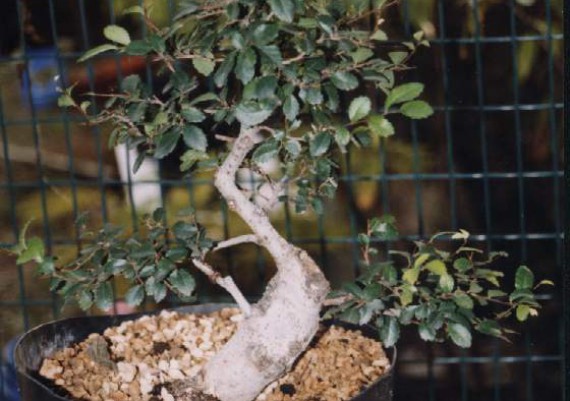 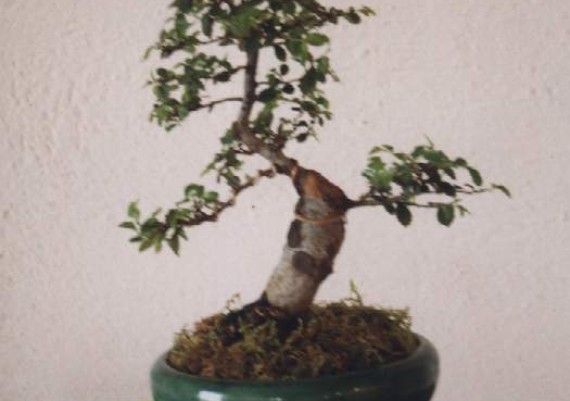 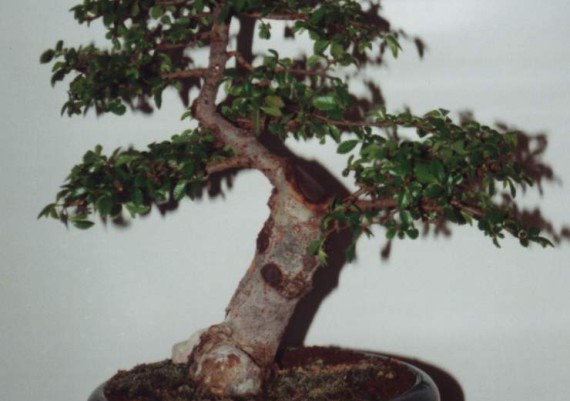 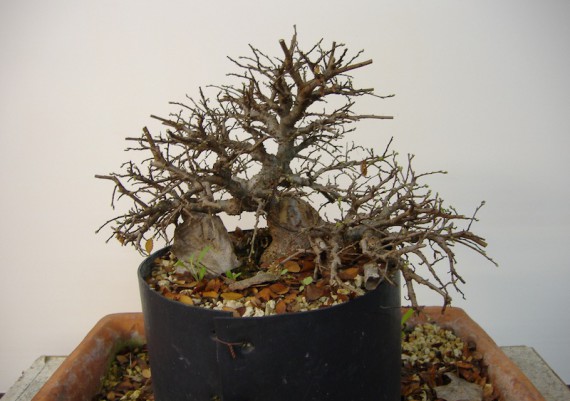 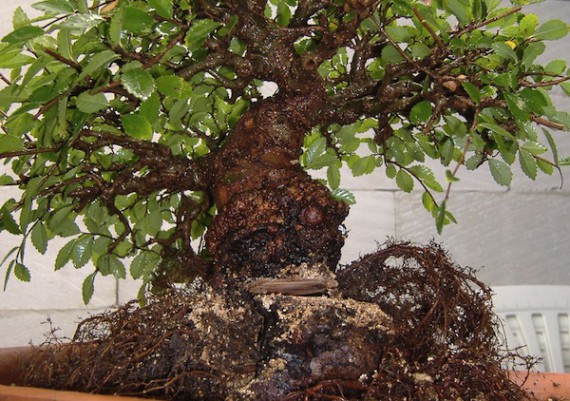 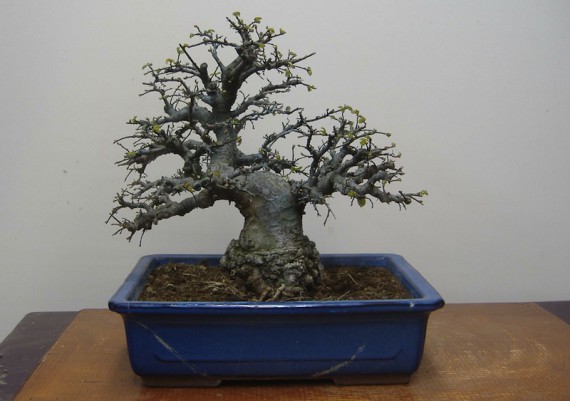 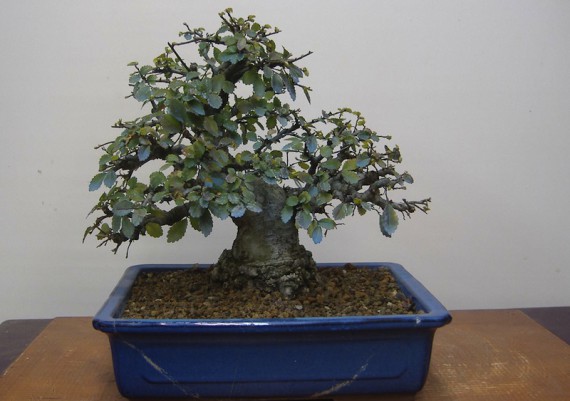 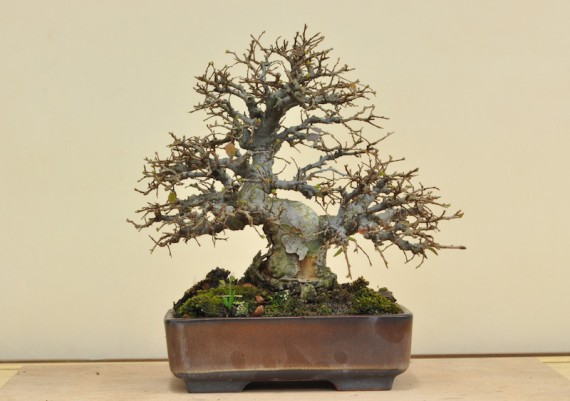 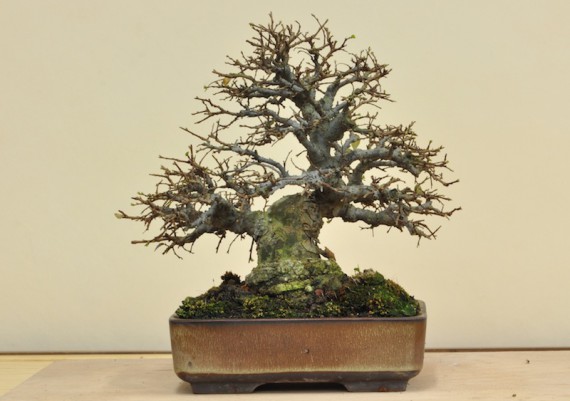 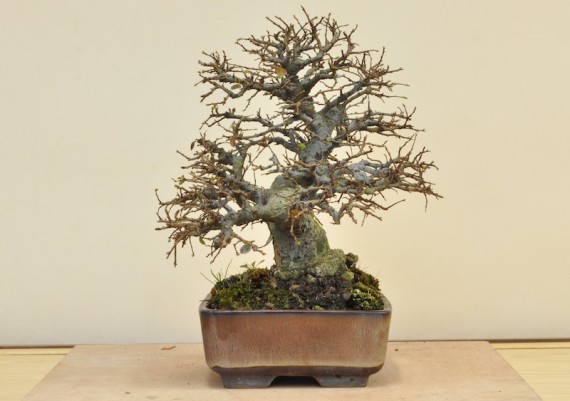 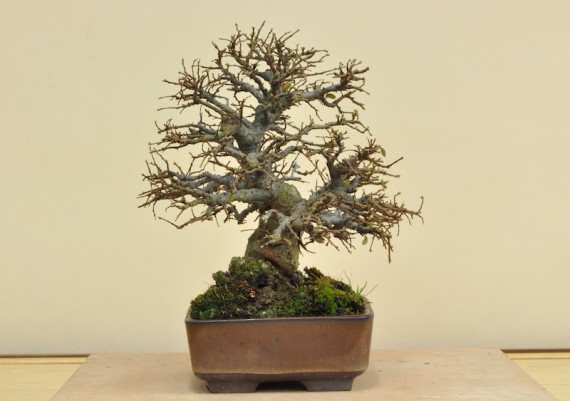 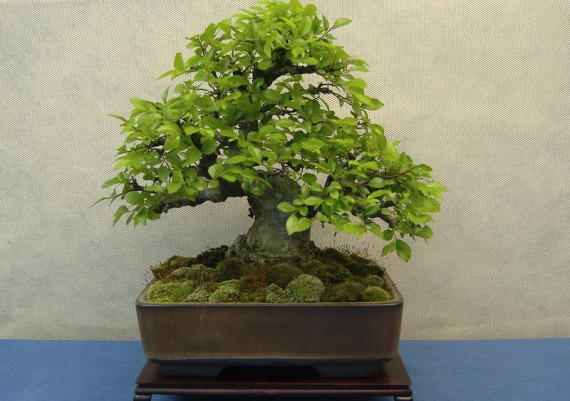 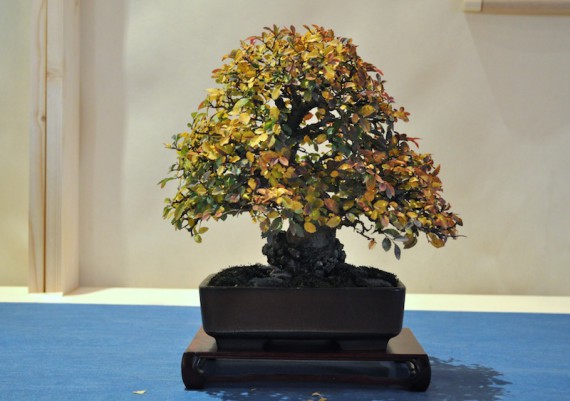 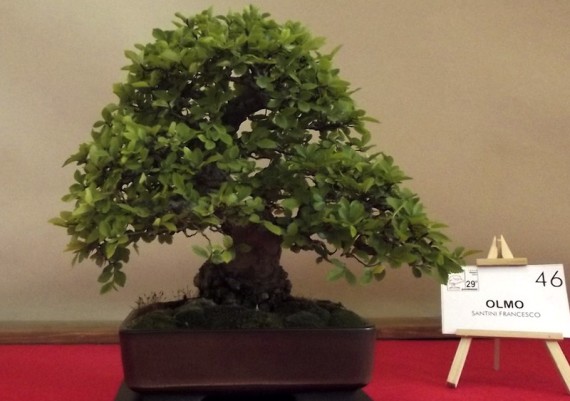